This is Scientific American's 60-second Science, I'm Steve Mirsky.
"The benefits from science as they show up in our daily lives are just enormous...but I want to try and argue that right now science can do something for us, give us a kind of hope that goes beyond just those benefits." Paul Romer. He shared the 2018 Nobel Memorial Prize in Economic Sciences. Romer spoke April 9th at the National Academy of Sciences in Washington D.C. at an event honoring 10 U.S. Nobel and Kavli Prize Laureates.
"Now, there's nobody who's got benefits as direct and immediate as Jim." Jim Allison, who was also there, and who shared the 2018 Nobel in Physiology or Medicine for his work that led to new drugs against cancer.
"You know when you can show there are people alive now because of the discovery you've made, that just trumps everything. Most of us create benefits in an indirect way and they come in small steps, so they're harder to perceive." Romer then cited William Nordhaus, with whom he shared the 2018 Economics prize.
"Bill has this beautiful paper that measures a particular type of benefit, which is asking how much light in lumen hours can somebody get from an hour's worth of work. And roughly speaking from, say, the beginning of the Neolithic Revolution up to, say, the time of the founding of the National Academy..." That's about 12,500 years ago to 1863. "...that went up by a factor of 20. You know, people just bump into things, they discover things, so 20 times more light." 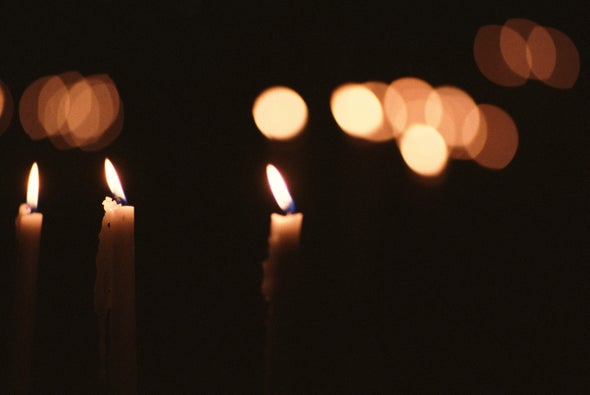 But from the time of the founding of the academy until now it's gone up by a factor of 20,000. So one hour of work translates into 20,000 more lumen hours of light that it did just in the time since this institution was founded. So those benefits are just huge, and by the way, it's the system of science that made those very rapid ones possible, not just curiosity, not just random search."
"So, they're huge benefits, but right now I think there's more anxiety about how we're going to interact with each other as people than there is about just can we keep having more material benefits. And here I think science is maybe even more important. Because it's a very unusual community of people. It draws on people from all backgrounds, from all over the world, and unites us in kind of a common purpose...and we get things done because we insist on things like truth and honesty, and we can trust each other because of that insistence. And we welcome people into that community if you're willing to live by those norms. And we ask you to leave, or we don't pay any attention to you if you don't live by those norms."
"And the goal is really one of offering benefits that can be shared by everybody...so if you think about kind of like the hope for humanity, science is a model of just what we can accomplish, but who we can be, and how we can be with each other."
For Scientific American — 60-Second Science. I'm Steve Mirsky.