I'm Rose Rayman with the BBC News, hello. Iran has admitted that it shot down a Ukrainian passenger jet over Tehran on Wednesday, killing more than 170 people. President Hassan Rouhani said the missiles had been fired due to human error. The Iranian military says it mistook the Ukrainian airliner for a hostile aircraft. It was shot down hours after Iran launched missiles at Iraqi military bases hosting US troops. Quentin Somerville reports. Iran's Foreign Minister Javad Zarif tweeted his profound regrets and apologized to Iranians and families of those from other countries killed in the missile strike. It happened at a time of crisis caused by US adventurism, he said. Iran initially blamed technical failure, but forcefully denied it was responsible. But there was growing evidence, a video showing a missile striking the plane and information from US intelligence that it had been shot down. Iranian state TV said those responsible would be held accountable. Iran's admission of guilt will provide some answers for the families of those on the Ukrainian plane, but there's no sign that the US and Iran are any closer to resolving the fundamental differences which brought about the current crisis. 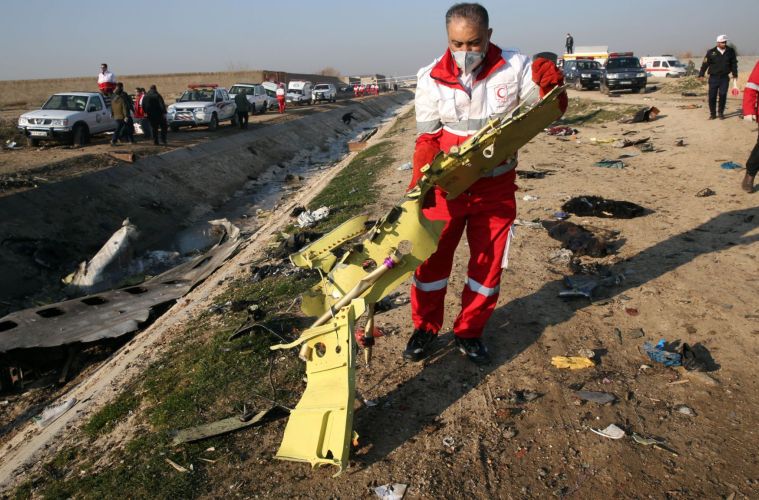 The Ukrainian president has demanded a full apology for the downing of the airliner. Jonah Fisher has more. Ukraine's President Volodymyr Zelensky responded to the news from Tehran with a statement on social media. This morning was not good, but it brought the truth, it began. This crash is in the competing narratives from western countries, and Iran had put Ukraine, the plane's destination in a near impossible position. While welcoming Iran's about-turn, President Zelensky demanded what he called a full admission of guilt. That means no attempt being made to say the Americans were in anyway to blame for creating the tense climate in which this mistake and shoot-down took place.

Oman has named Haitham bin Tariq al-Said as a successor to Sultan Qaboos, who has died at the age of 79. His cousin Sultan Haitham was proclaimed monarch after an emergency session was called to appoint a new leader. Sultan Qaboos, the longest serving sovereign in the Arab world, died without children or publicly naming his successor. Here's Alan Johnston. Sultan Qaboos deposed his father in a bloodless coup and exceeded to the throne at the age of 29. He would go on to rain longer than any of his fellow Arab monarchs, and he ruled in keeping with the traditions of the Gulf. He completely dominated the political life of his desert kingdom. Early on, he united the country after suppressing an armed insurgency in its southwest. Then he set Oman on a path to development. Using its oil wealth, he drew it into the modern world and brought his people prosperity. World news from the BBC.